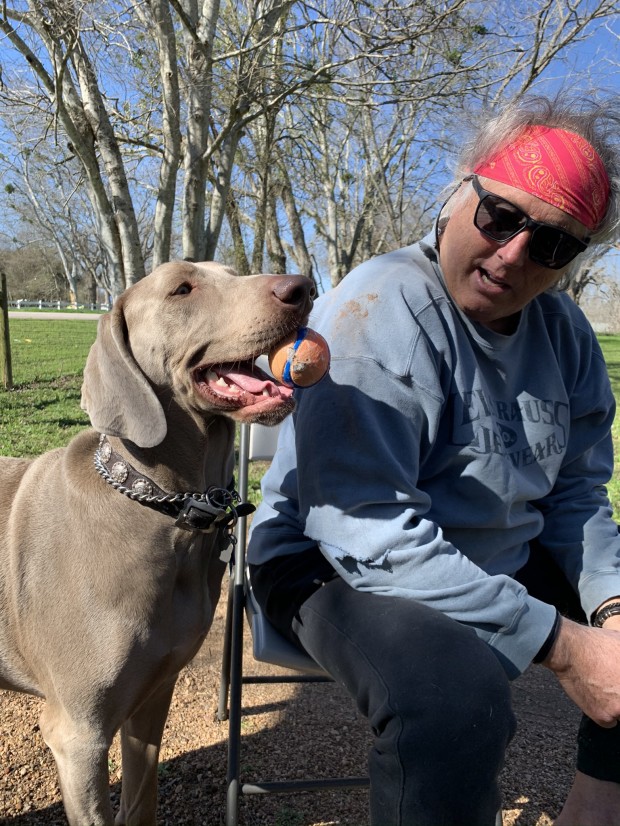 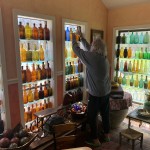 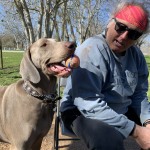 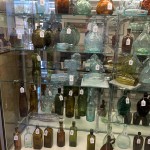 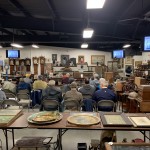 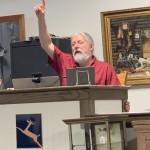 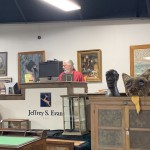 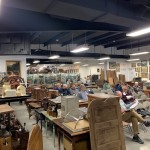 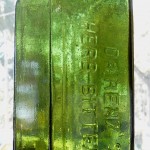 Last week I had a thought of visiting Ferdinand and Elizabeth Meyer at their house outside Houston in a place known as Brookshire, Texas off Peach Ridge Road. I’d never been after all these years and besides feeling like it was a personal sin not to have visited them in the past, my auction was finished, and the stars were now aligned. After making plans to fly out myself, Dennis and I had heard about the Jeffery S. Evans auction during the previous week in Harrisonburg, VA and it dawned on me that I could put together a geographical double header. After leaving Houston I met Dennis in Chicago and we ventured on to Harrisonburg, the site of the Evans Auction and a quaint little town in the Shenandoah Valley, Virginia.

Seeing the Meyer collection was the highlight of the trip, rare colors of bottles mixed with rare variants, just a mind-blowing exhibition worthy of any museum. Actually, it was a museum. Two known, one known, a row of Fish and Indian Queens in a slew of brilliant colors. The display, which filled his house windows, was overwhelming and even more amazing was Ferd reciting their provenance like a law student citing case law. Ex Gardner, Batdorf, Elmer Smith, Mebane, Spiller, it was all here, even some rare western bottles like the Chalmer’s and Lacour’s Bitters. Spending time there with Ferd who is steadily recovering after a ladder mishap but still in need of some ankle work, was a rare privilege. Liz oversees the fortress, and both monitor the 10 dogs, yes, 10 dogs surveying the large property, which looks out over a wide expanse of green Texas countryside. A haven for lost, stray, wandering and always hungry dogs gives the place a vitality and a steady stream of kisses and sweet eyes staring at you much of the time. Ferd has been given a reprieve to write and create at his heart’s content and one doesn’t need to look far to see all the work he’s produced for the FOHBC among a myriad of other things. “Things happen for a reason,” he points out, yes indeed.

On Thursday Dennis and I were now in Harrisonburg and we ventured via Uber over for a pre-sale look at auction bottles, lots of bottles and more important for the Jeffrey Evans Auction house, a huge inventory of Americana items coming to the auction block the next day, Saturday. We ran into Ed and Kathy Gray among other collectors and dealers who were there for a pre-auction viewing. I met Jeffrey Evans and found him to be a very professional auctioneer with a great setup for holding live auctions combined with absentee bidding. Although the absentee bidding was a bit confusing to a lot of people, and a tad expensive if you bid through Invaluable, the decision to go there in person was made easier knowing we could cut through all that by being there in person. The bottles they were offering are just a part of what’s is to come from the Russell and Doris Evitt collection. Luckily, they had some western bottles on the auction block, and we were able to pick up a few for the collection. My first real colored Henley’s and Renz along with an eastern bottle or two were in the mix and we wished we could have brought home a lot more. The auctioneer, Jeffrey, is a real old fashion auctioneer, it’s in the family and understanding what he was saying sometimes was a challenge for a city boy like myself. We met Jim Hagenbach and Kim Kokles among a lot of other bottle and Americana collectors and dealers. My only apprehension was outbidding someone I knew but as they say in the auction business, all’s fair in love, war and auctions. I sincerely hope I didn’t step on anyone’s toes, although Kim did point out I may have stepped on his toes going after an amber Willington Pickle pint. After the auction he good naturedly pointed out that if it wasn’t me it probably would have been someone else, glancing back at me over his shoulder as he went back to bidding.

Being an auctioneer, albeit an absentee version, it’s clear to see why being there in person has such an advantage over bidding on the phone or computer. Besides the best part of seeing other bidders and sharing stories, you are really left with only one person’s opinion of a bottle or object and must rely on the few pictures online. At first, the descriptions were pretty barren but as the pre-auction week wore on more pictures were added and things became clearer. That’s one reason we try and include as many pictures and videos as possible in American Bottle auctions. Of course, customers can come into our showroom and inspect items but if you live half-way across the country that’s not an easy task. I know traveling to Virginia is an all-day trip both there and back so unless you have two days to burn it’s more than an afterthought. When I was there, I wanted to bid on a lot of items, like most of the other bidders I had thoughts of some real bargains. I thought who knows about this auction? This has to be a coup in the making. As things started though it quickly dawned on me and others that finding a bargain was going to have to be done with surgical precision with things starting out close to retail. As the day wore on things settled down a bit and there were some bargains to be had but it depended on what came up. I missed a beautiful turquoise Flora Temple bottle which went way overestimate but within reason for such a work of art. A fire grenade with a California Bear embossed on it lumbered to over $14,000, Jim H. and I agreeing that it was a new record for a fire extinguisher. With around 500 lots, it went steadily and with the precision of an auction house that knew what they were doing. We were done a bit before the auction ended and we paid the bill and arranged for shipping. The people there were very friendly and helpful, I could tell they were really gearing up for the next day when over a thousand items, everything from beer trays to stained glass windows would be coming across the auction block. For more information on future auctions contact Jeffrey S. Evans & Associates P.O. Box 2638 Harrisonburg, VA 22801. Phone 540-434-3939. Google their website for more information on upcoming events.

11 comments on “A Visit With Ferd and Liz Meyer and Virginia’s Jeffrey S. Evans Auction”