American Bottle Auctions was founded in 1993 by Jeff Wichmann. It began as a part time project and grew over the years. A native Californian, Jeff himself has been collecting antique bottles for over 45 years. What first was called Pacific Glass Auctions in 1990, changed to American Bottle Auctions in 2001. American Bottle Auctions specializes in appraisal, brokering, consigning and auctioning of antique bottles and glass. Over the past 20 years, Jeff has personally researched the history, evaluated the condition, and estimated the value of tens of thousands of items. Aside from his auction-related duties, he is often called upon to appraise the value of antique bottles and glass for private individuals and businesses. Jeff ‘s interests include baseball, golf and bonsai, marbles, sports cars, along with a host of other pursuits, but his long-time interest in antique bottles is what concerns us here.

In 1999 Mr. Wichmann published a 132-page, hard cover book entitled The Best of the West – Antique Western Bitters Bottles which has been handled by major literary distributors and book stores, as well as public and private libraries. This book is now considered to be one of the top resources for researching the history, and value of, antique western bitters bottles. His numerous articles and his photographs are regularly seen in antique bottle books and in articles throughout the world. For all his efforts, in 2015 Mr. Wichmann was inducted into the Federation of Historical Bottle Collectors, the only national bottle club in America.

Working with Chinyere Anyanwu better known as Chi Chi, along with Dennis Fox, who is in charge of appraisals and acquisitions. Chi Chi is the mortar that holds the whole thing together, Jeff points out. “She has become more than an office manager,” he continues; anyone who has called American Bottle Auctions goes through Chi Chi first and “as any good business operation knows, you’re only as good as your employees.” Jeff explains. Dennis Fox takes care of traveling the west (and east) looking at collections and evaluating collections; he often turns up some terrific pieces.

Jeff has been a trailblazer in the antique bottle-collecting hobby. His was the first bottle auction house to provide full-color, glossy catalogs, sent to collectors at no charge. This was a major benefit to collectors because the true color of an antique bottle is a key factor in accessing its value. Before this, auctioneers relied on black and white photos and tried to describe bottle colors in the text of their catalogs. Next, he launched the first online antique bottle auction. This changed the face of bottle auctions forever. Again, the collectors benefited, because more complete descriptions and larger photos could be included online. This was not possible in print because of the tremendous expense involved. Also, even with the best monitoring, colors sometimes changed as the photos changed hands from publisher to printer to press. Now, competitors have followed his lead and offer their own online auctions.

Then, instead of continuing to use outside webmasters, he started publishing americanbottle.com in-house. As a result of this hands-on, direct control, the website has become a vital, interactive center for the world of bottle collectors and related organizations. It’s packed with features and news to inform and entertain all of those interested in the hobby. Furthermore, collectors are able to communicate and interact with each other through the site. Collectors can access his vast database for values and other interesting information on literally thousands of bottles. His latest endeavor of adding streaming video to each of the bottles he auctions online is a revolutionary concept and has been universally acclaimed among the bottle-collecting world. Now when you go to his online auction, you’ll see numerous photographs and also a video of each bottle, with a narrative describing each piece as you see every angle of the bottle. Also new to the American Bottle Auctions format is a new grading system developed in 2009. “By going to a number systems of grading, similar to marbles, baseball cards and coins, we feel that the numerical grading system is the best available system on the market today,” says Wichmann. Along with a detailed description, American Bottle Auctions assigns a number, which coincides with the condition of a particular bottle.

Jeff’s accomplishments also include auctioning a “Cassin,s Grape Brandy Bitters,” from the Ken Fee Collection in 2020 for $155,000, believed to be the most ever paid for an antique bottle at auction. His sale of the Bryan Grapentine collection sold in 2008 grossed 1.5 million dollars and is believed to be the most valuable single collection of antique bottles ever sold. He has also appeared on a number of television programs including a Travel Channel special called Cash and Treasures and has been the guest speaker at many occasions.

Jeff’s bottle photography is considered by many to be some of the best in the business. His photographs have been published in numerous national publications, including Kovel’s Antique Bottle Price Guide, Warman’s Antique and Collectible Price Guide and Bottles by Michael Polak, among others. His inventive photographic techniques continue to produce some of the most beautiful and detailed images seen anywhere.

Jeff Wichmann’s influence on the world of antique bottle collecting has been innovative, creative and constructive. One could continue on to list many more positive contributions that he has made. Suffice it to say that the hobby is in a much better place because of his continued presence. 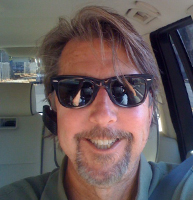 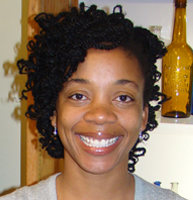 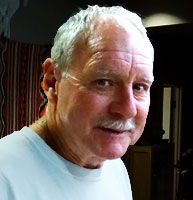