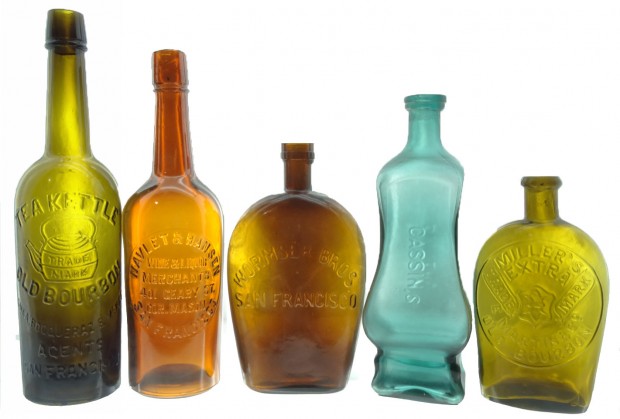 Don Mullally was a collector from the very beginning of the hobby we all know and love. Don along with his wife, Mary Patterson, started the first bottle club in Los Angeles. Maybe even more important was his work with the Los Angeles City Park and after retirement, he became known as the Father of the Santa Clarita Woodlands Park,” where there is a plaque honoring him. Don’s degree in Zoology from UCLA set him up as a high school biology teacher for 20 years. His work experience also included a stint in the army during the Korean war and curator of the former San Mateo Junior Museum. He also spent time working as a seasonal California State Park Naturalist during the summers. Don lived a full life passing in January of this year at age 91. He retired in 1992 but was continuously involved in biological research, writing and conservation projects. He had sixteen research papers published on the subject of Zoology and nature. Suffice it to say Don was ahead of his time. Both in his interest in nature and antique bottles. In 1956 there weren’t a lot of bottle collectors out there and that’s when Don started his interest in antique bottles.

Nobody had really seen or knew much about the collection until we heard from his wife. We are proud to be offering Don’s collection, his passion outside of his thrill for nature. He was a collector of whiskey bottles, but his true love was wine. The number of wine bottles in his boxes was amazing considering there aren’t a lot of embossed wine bottles out there. He also had plenty of labeled wine bottles and of course he had some whiskey bottles, too. His horizontal Wonser’s is one of just a few around, he also assembled just about all the top examples of western flasks known. In addition, he also collected western fifths and a little bit of everything especially from Los Angeles or thereabouts. I knew Don and saw him at shows, most of the older collector met and knew Don at one time or another. He had a knack for finding the best and although the aqua Cassin’s in this sale was in his collection, it is the one with a crack. It is purported to have been found in Mexico. The Wonser Flask was found in Eureka. These are just rough snapshots of what we will be offering in this auction, coming hopefully late July early August. Thanks for checking it out.